“Here in Sudan, the humanitarian situation continues to be critical. Millions have been displaced for many years in Darfur. Our new EU funding is crucial to respond to the needs of the increasing numbers of refugees, notably from South Sudan, and internally displaced people, as well as of the hosting communities. The humanitarian aid I am announcing today will help bring life-saving relief to the most vulnerable populations. Full humanitarian access throughout the country is crucial so that humanitarian workers can deliver aid safely to those in need”, said Commissioner for Humanitarian Aid and Crisis Management Christos Stylianides. 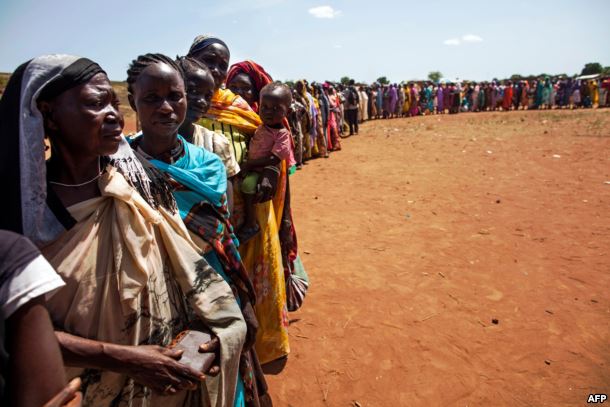 “The European Union is committed to directly support the people of Sudan. Our new development aid will boost our ongoing efforts through the EU Emergency Trust Fund for Africa. It addresses the needs of the most vulnerable Sudanese communities and offers livelihood opportunities, by better linking the EU’s humanitarian and development work in Sudan”, said Commissioner for International Cooperation and Development Neven Mimica.

€46 million of the support package will help respond to the most pressing humanitarian needs in the fields of food, nutrition, health, protection, shelter, education, water and sanitation. €13 million of which is part of an emergency assistance package announced earlier this year.
€60 million of development funds will be channelled through the EU Emergency Trust Fund for Africa, to support displaced persons, migrants and host communities. The package is an opportunity to implement pilot projects within this humanitarian-development framework. These would focus for example delivering basic services such as food, water, sanitation and education in the Abyei locality, tackling under-nutrition in eastern Sudan and addressing forced displacement in urban settings in Darfur.
All EU assistance in Sudan is provided to humanitarian and development organisations with no funding going through the government.

Since 2011, the EU has mobilised €422 million in humanitarian assistance to people affected by conflict, natural disasters, outbreaks, food insecurity and undernutrition in Sudan.

As Sudan has not ratified the revised version of the Cotonou Agreement, the core instrument for providing development support to the people of Sudan is through the EU Emergency Trust Fund for Africa (EUTF). The country is moreover part of the EU response to the food security and El Niño crises and of the Regional Development and Protection Programme (RDPP) for the Horn of Africa, while also benefitting from EUTF programmes implemented at regional level. EU development support for projects benefitting directly the people of Sudan currently totals €275 million.

Thirteen years since the start of the Darfur crisis, 2.7 million people continue to be uprooted in this region alone, while conflict also affects South Kordofan and Blue Nile. The number of refugees has been steadily increasing over the last years as well, in particular since the South Sudanese conflict started in 2013. More than 180.000 South Sudanese have sought refuge in Sudan since the beginning of this year alone, the large majority of them being children.

In addition, acute undernutrition rates in Sudan are among the highest in Africa: 1 in 6 children suffers from acute undernutrition, 1 in 20 from its most severe form which is likely to cause death unless treated. In 2017, 3.4 million people are facing severe food insecurity. In recent months, considerable new humanitarian needs have emerged, linked to the spread of epidemics, a mass influx of South Sudanese refugees and high undernutrition in newly accessible areas of Jebel Marra, Darfur.