Top officials from around the world will gather in Buenos Aires for the World Trade Organization Ministerial Conference in December. While subjects such as e-commerce are expected to be high on the agenda, rapidly expanding international food trade remains a critical issue and gained substantial momentum after the agreement at the last Conference – in Nairobi in 2015 – to eliminate agricultural export subsidies.

“We should aim to produce an outcome that will be a step closer towards an inclusive, balanced and equitable global trading system,” Graziano da Silva said. A top priority is prioritizing global agreements over the bilateral and regional trade instruments that have proliferated in recent years, he added in remarks to an event organized under the aegis of the Committee on Commodity Problems (CCP).

While family farmers produce 80 percent of the world’s food, many also suffer from hunger and rely on both import and export possibilities for food security and as a path out of poverty, he noted, adding that it is imperative that policies and rules avoid trade-distorting effects that harm them. 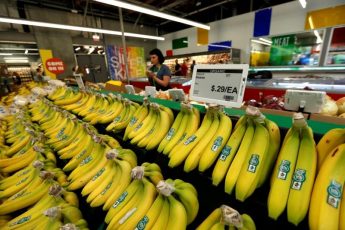 The CCP, FAO’s oldest technical committee comprising more than 100 members who meet every two years, offers an intergovernmental forum for Members to debate important issues related to commodity markets and policy developments. This inter-sessional event’s focus is on how to leverage the contributions of trade to the food security and nutrition goals of the 2030 Sustainable Development Agenda, ahead of the Buenos Aires WTO Ministerial Conference. Promoting a “universal rules-based, open, non-discriminatory and equitable multilateral trading system under the World Trade Organization” is a specific objective of SDG 17.

The Nairobi agreement on eliminating agricultural export subsidies was “the most significant reform” of global rules on agriculture trade for 20 years and will help level the playing field to the benefit of farmers and exporters in developing and least-developed countries, WTO Director-General Roberto Azevêdo told the CCP delegates.

Issues on the table include public stockholding for food security purposes, domestic support generally and for cotton in particular, transparency in export restrictions, market access and fishery subsidies, he said.

FAO and WTO have deepened their partnership with joint efforts such as a joint publication explaining how developing countries can participate more effectively in the harmonized food standard setting processes in Codex Alimentarius and the WTO’s Sanitary and Phytosanitary (SPS) and Technical Barriers to Trade (TBT) Committees.

Azevêdo said that he and Graziano da Silva “have been trying to encourage a more substantive and inclusive debate on trade and agriculture.”

Acknowledging that “there is no easy or obvious solution on any of the fronts” atop the agenda in Buenos Aires, he urged participants to identify clear ways forward for unresolved issues.

FAO’s aim, articulated in a guidance note released at the CCP event, is to acknowledge that policy settings should be coherent with a nation’s development phase and above all to make sure that the expansion of agricultural trade works for the elimination of hunger, food insecurity and malnutrition in the world.